Patent Litigation: Everything You Should Know 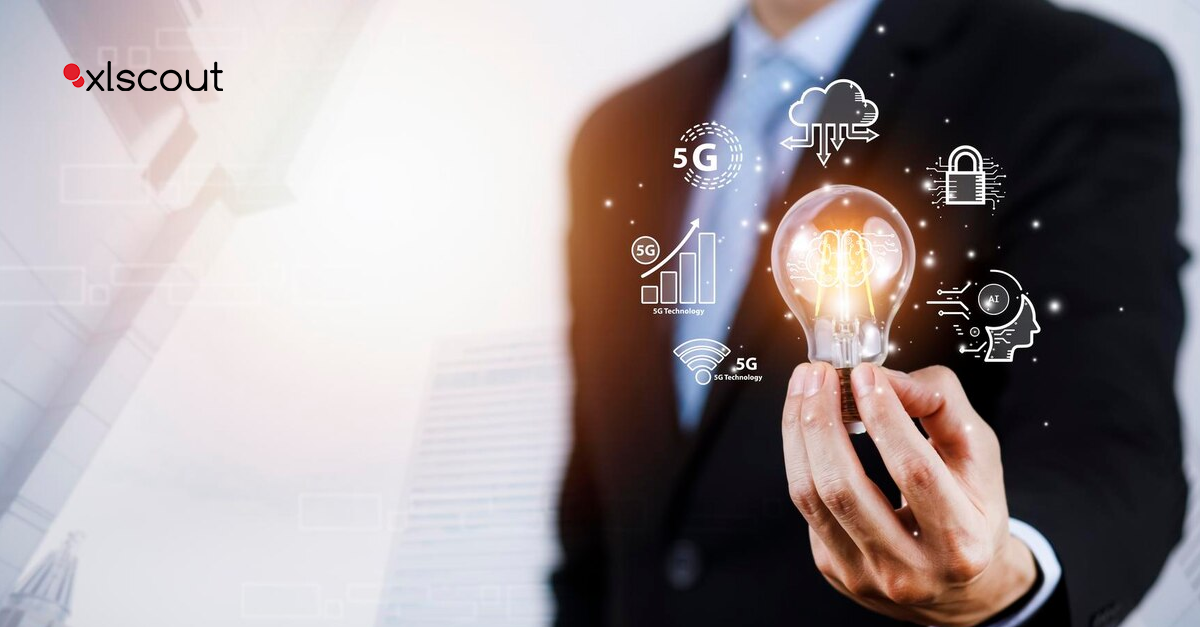 What is Patent Litigation?

Patent litigation is a legal procedure in which one party sues another for unauthorized use of a patent. In the court of law, a patent holder may sue a company or an individual for financial damages and an injunction against infringement. By all means the patent holder must file a lawsuit within six years of the infringement date.

Why Is Patent Litigation Necessary?

If you are involved in patent litigation, the court can impose a variety of penalties, the most common are:

Payment of royalties for unauthorized use

The International Trade Commission can issue an exclusion order

Preliminary injunctions are uncommon. It becomes easier, however, if there is a prior case that established patent validity. Plaintiffs do not receive monetary settlements from injunctions.

A Basic Overview of Patent Litigation

There are two types of patent litigation laws:

In most cases, patent litigation is limited to federal laws. Typically, states are only concerned with patent ownership and contractual law.

Patent litigation is handled by federal district courts at the federal level. Their responsibilities include the following:

The two main governing bodies are the United States International Trade Commission (USITC) and the United States Patent and Trademark Office (USPTO). Particularly, patents are examined and issued by the USPTO. The Patent Trial and Appeal Board (PTAB) governs inter partes (between parties) proceedings within the USPTO. Patents are enforced by the USITC at borders and ports of entry.

Both organizations operate under their own set of rules and are subject to federal regulations. The Manual for Patent Examining Procedure and Title 37 of the Code of Federal Regulations are examples of internal rules. These regulations establish the procedures and rules for patent examination.

In the context of patent law:

To begin with, each patent litigation case is heard by the Federal Circuit Court of Appeals (CAFC). Some may go all the way to the United States Supreme Court. Currently, the United States lacks a court dedicated to patent litigation. Thus, each case is then left to the experience and discretion of a federal judge. Infringement and validity are dealt with by both the ITC and federal courts. Inter partes review only addresses validity. When dealing with an inter partes case, litigants can request the federal court for a stay of action.

A stay of proceedings can be issued in the following circumstances:

Patent claims cannot be amended in court. However, in USPTO proceedings or post-grant cases, a party may amend patent claims. There are patent amendment claims available:

Patent claims may also be unenforceable due to the following reasons:

When obtaining the patent, if there was a fraud (unequitable behavior)

Who Has the Right to Sue or Be Sued for Patent Infringement?

The following parties are eligible to sue for patent infringement:

Distributors, and non-exclusive licensees are not permitted to file patent infringement claims or pursue patent litigation.

Patent infringement lawsuits can be filed against the following parties:

Even if employees are liable for infringement, company directors are not personally liable. Infringement is only considered in court if and only if the following conditions are met:

During a case, the courts can add or remove suing or sued parties. The America Invents Act (AIA) prohibits cases in which all parties are one defendant unless:

What Are the Different Kinds of Patent Infringement?

What Happens If I’m Sued for Patent Infringement?

You have several options if you are sued for patent infringement. With this in mind the most common reason is that the patent is invalid. A patent is invalid if and only if the following conditions are met:

Even after the AIA, the following defenses are available for patents filed prior to March 16, 2013:

If you are sued for patent infringement, the burden of proof is on the plaintiff. This means they will have to present additional evidence to demonstrate you infringed on the patent. Under the AIA, other defenses include antitrust concerns and prior commercial use.

Following the AIA, for all patents filed after March 16, 2013, the following defenses are available:

Because of how it is paid, patent litigation insurance is unique. When it comes to premium payment, there is always some leeway. Payment time examples include:

One issue with patent litigation insurance is that just a few law firms are capable of providing it. Policy formulation is a difficult task. It must have a seemingly infinite number of patent-related situations. Different industries necessitate different policies. Pharmaceutical policies, for example, differ greatly from engineering or technology patent policies.

What Should I Expect in a Civil Case?

Both parties present written submissions about juries and documentary evidence before the case goes to court. You can expect the following when you appear in court:

Presentation of evidence to the judge and jury

Arguments for the beginning and end

Documents and physical evidence are admitted

A jury decides on financial damages, infringement, and the patent’s novelty and obviousness. Cases are decided by judges based on claim construction and inequitable conduct.

In civil cases, the pre-trial issues are numerous. They must both make initial disclosures (findings) that include the following:

Patent Litigation and the International Trade Commission of the United States

The International Trade Commission offers alternatives to traditional patent litigation. The ITC has the authority to hear cases from U.S. patent holders under Section 337 of the United States Code (U.S.C.). These are patent infringement cases involving imported goods. While the ITC operates differently than a district court, it is a viable option for some patent holders.

The Advantages of ITC Litigation

The Disadvantages of ITC Litigation

The worst-case scenario for a patent holder is patent litigation. Litigation should be avoided with good drawings. Instead, it discourages infringers from stealing your idea. The best way to get quality and detailed drawings is to use computer-aided design and drafting (CADD) software. You can also easily load them from a hard drive onto your computer, allowing you to save time on resketching hand drawings.

Patent drawings are crucial in patent litigation because they educate juries, judges, mediators, and arbitrators on the patented product. They also aid in demonstrating your product’s patent claims. In some courts, attorneys may be unable to enter enlarged versions of patent drawings. Instead, they receive a duplicate of the original patent application. The better the drawings, the better your chances of winning.

If you require a patent drafter, look for someone who has experience creating patent drawings. This should apply to both the application and the alternative dispute resolution process (ADR). The more familiar this person becomes with the patent, the faster they can work. This reduces the cost of a high-quality patent drawing. If you do end up in court, patent drafters may be able to demonstrate the invention more clearly or in depth. 3-D animation and blow-up charts are examples of this.

Many elements of a patent drawing can prove to be useful in court. The position of elements, size, and clarity of your patent all help others understand it. Colors can also help to draw attention to specific parts. In general, your patent drawing alternatives in patent litigation cases are as follows:

Keep in mind that only drawings are used to determine infringement. Even evidence of unfair competition is less effective in court.

When creating a patent drawing, keep in mind that the entire visual disclosure of the patent claim is required. This means that “nothing about the design desired to be patented is left to conjecture,” according to the USPTO. This concept was central to the landmark Gorham v. White case. The ordinary observer test is based on this case, in which an ordinary observer should be able to determine whether two inventions are the same. Patent drawings are an efficient means of defense and protection because patent litigation considers a product’s visual aspects, design, and form.

Q1. How long do I have to file a patent infringement lawsuit against another company?

You must file a lawsuit within six years of the date of infringement. The infringement is ratified after six years. After this point, there is no legal recourse. Proceedings can last for any length of time. A timetable can be agreed upon by the parties. They may also reach an agreement in court using a “rocket docket.” The goal is to have cases resolved within a year.

Q2. Is patent litigation similar to other types of court cases?

Patent litigation court cases are similar to other types of court cases. A plaintiff, a defense, lawyers for both parties, and jurors are all involved. The main difference is that the judge decides what is patent validity and infringement based on his or her own beliefs.

Q3. Where are court proceedings held?

The venue is determined by the plaintiff. The defendants’ main concern, however, is that the trial is too far away from their place of business. Changes to the law are constantly being proposed.

Q4. Who can help me with patent litigation?

An experienced lawyer is the preferred party in federal court. Counsel for PTAB trials must be required to register with the USPTO.

Q5. In what language are the proceedings being held?

The proceedings are entirely in English. If necessary, witnesses can testify through an interpreter. All other foreign-language documents must be accompanied by a certified translation.

Q6. What are my options for enforcing my patent?

A civil lawsuit can be filed, which would include an injunction, a monetary judgment, and a declaratory judgment. A border agreement prohibits the infringing item from being imported into the country. You cannot currently file criminal charges against the infringer.

Q7. What are some other factors to consider in patent litigation?

You should not send a cease-and-desist letter. The infringer can use this to obtain a declaratory judgment. Cross-border injunctions can also be recognized by US courts. However, they do not wait for pending litigation in other countries.